COVID-19 Update: Read our response and what you need to know

An Interview with Fortna's David Farmer

At WIN, we get the privilege of meeting and talking with all kinds of interesting people in the world of logistics. Every time we speak with one of these leaders, we’re always blown away with their knowledge and insight. With that in mind, we wanted to share the wisdom we are getting in these conversations so that you can find ways to improve your business and be more efficient.

Our first installment is with David Farmer, Senior Vice President of Sales for Fortna. David has been with Fortna for 23 years and his role, in his words, is “to better focus on business needs, operating costs, working capital and service improvements” for Fortna’s North American clients.

Fortna is a company of distribution experts that assist their clientele in almost every facet of operations: mapping the flow of goods, engineering custom distribution operations, selecting the right equipment for the right job and more. According to Farmer,  though, Fortna’s competitive advantage goes beyond even that because of their willingness and ability to do something many similar companies don’t - actually implement their pitches. Typically, consultants will just make their case and then pass the baton, so to speak. Fortna acts as both consultants and contractors, something it can do because it is made up of software engineers and supply specialists. This kind of 360-degree service used to be called multi-channel but is now called omnichannel because it touches every aspect of the business.

Farmer explains Fortna’s starting point with clients as “finding the right mix of automation and which information systems are best - or need to be designed. Above all, you have to be asking the right questions.”

What are the right questions? According to Farmer, there is one question everyone in the industry needs to be constantly asking themselves: “what is happening in the market?”

Keeping up with the Bezos'

Farmer and almost anyone else in the industry will point out that above everything else, Amazon is happening to the market. The global industry giant is affecting everything in the markets where it operates, and logistics is no exception. The consequences of Amazon’s policies can be felt far and wide; it is even being referred to within the industry as the Amazon Effect.

Speaking on Amazon’s colossal shadow in the industry, Farmer said, “Amazon’s market cap is $930 billion, equal to the next 15 top retailers. It becomes even bigger when you look at their growth. They have 856 Amazon Facilities, the vast majority in the US and Mexico, with India growing the fastest. That becomes the yardstick everyone else has to measure by.”

He continues, “Everybody wants to know what Amazon is doing.  Their shipping costs are crazy, 11-15% of sales. If this [logistics] was their only vertical, they simply wouldn’t be profitable. You can’t judge other retailers for trying to chase them, but they have to match that service despite how much it eats into their bottom line.”

To understand just how much Amazon is affecting the marketplace, we need only look at their premier service: Amazon Prime

Marketplace Trends: I Want It Now

Thanks to Amazon, immediacy is now one of the highest priorities for customers shopping online. As of this writing, Amazon’s Prime service can reach 72% of America’s population either same day or next day. Farmer points out that, from a practical standpoint, their reach is even more comprehensive by informing us that “95% of the country’s accountable wealth falls within Prime’s next-day service window.”

Despite the vast difference in resources, small- and medium-sized companies are held to this same standard by customers. Keeping up with that kind of demand is extremely expensive, especially for businesses with smaller profit margins and fewer revenue streams than a monolith like Amazon.

“What we have today,” Farmer says, “is the latest version of the Wal-Mart debate we had 20 years ago. How does everyone else stay relevant with these multinational billion-dollar corporations as competition?”

Farmer was happy to elaborate when asked to go further into how Fortna does its part to help it’s clients thrive in today’s market.

“We start with a network analysis. This is a look at where the client’s facilities are physically located. This is essential whether you have two facilities or twelve.  Next is an inventory flow analysis. This is where we assess a product's journey throughout the entire process from manufacturing to the storefront. Products within the same store can have vastly different logistical paths. For example, a canoe and a rubber fishing lure are both sold by a place like Bass Pro Shop, but will take significantly different routes in actually getting there.”

He goes on to add that even nailing distribution within a single building is a challenge. Fortna will look at SKU orders and cross-profile them to get a full picture, which a simple spreadsheet with A-, B-, and C-SKUs won’t give you.  Combining all these services is a big challenge, one which Forta had to tackle with one of their largest projects.

Fortna started working with O’Reilly around 2006, working with a couple of their distribution centers. Originally, O’Reilly was exclusively an auto parts wholesaler. However, the company was having great success and rapidly expanding by acquiring other auto part companies. Eventually, on July 11, 2008, they completed the largest acquisition in their history and bought CSK Auto, which added over 1,200 stores in 12 states. O'Reilly was officially in the retail market.

O’Reilly could internally manage a single distribution center, but they added 11 after the acquisition of CSK, which brought their network up to 19 total facilities. This was far beyond what they could handle themselves, which is why they needed to seek outside expertise. Not only were they unequipped to handle this new network of distribution centers, but time was a critical factor. Farmer noted that Wall Street is the biggest pressure point for publicly-traded companies.  O’Reilly had two years to successfully streamline their operations, or they would face public repercussions on one of the world’s most public and unforgiving stages.

Fortna’s job was to define programs such as identifying and appointing managers for critical tasks as well as optimizing product flows. Fortna had to accomplish this with every single distribution center, and manage each one down to the person and task. It was a huge endeavor, but Fortna was up to the challenge. By the end of the project, they had designed and implemented optimal processes for a 19-facility distribution network able to serve a combined 3,800 stores with 120,000 SKUs.

When dealing with a merger like the CSK one, excess inventory becomes a major issue. There may be redundant inventory in multiple distribution centers, inventory can fall through the cracks when combining software and the new company may not even want to sell certain items that the previous one was stocking.

When this happens, excess inventory starts eating into a company’s bottom line in a number of ways. Simply taking up floor and shelf space reduces a company’s flexibility on what they can carry, representing an opportunity cost and missed profits. Many items can also slowly degrade over time, potentially becoming unsellable. However, you don’t have to have a dozen distribution centers spread across as many states to have an issue with excess inventory eating up profits.

Another key factor when dealing with excess inventory is fashion and seasonality. Farmer points out that not doing the proper forecasting can have a domino effect on the entire company.

“A lot of organizations don’t know what it [excess inventory] is costing them. If something is out of fashion it is just sitting on a shelf.  We can do this particular analysis very well, and we have several tools to do it. However, when you get finance involved they don’t understand the numbers until you demonstrate seasonality and things like C-SKUs, which haven’t moved in a year.”

Convincing the CFO and the finance department to do something about  excess inventory is one of the most difficult challenges logistics experts face. This is where the benefits of tax donations and write-offs really come into play. By donating excess inventory, companies can dump product that is taking up space, time and money, turning it into a positive for the company.

WIN Warehouse is a great resource for this exact process, and in fact, WIN and Fortna share a client. MSC Industrial is one of WIN’s longest-tenured donors and has also employed Fortna to maximize their operations.

Looking toward the future, businesses should always be working to improve speed and efficiency. Anything that can be done to that end is a net win and, as Fortna points out on their website, effective distribution can be a real competitive advantage.

If you’d like to see what David Farmer and the rest of the Fortna team can do for your business, click here to get in touch with them.

If you realized you need to get rid of some of that extra inventory David mentioned, you can get in touch with WIN on how best to donate it by clicking here.

We’d like to thank David Farmer again for his time and insight, we always enjoy getting to speak with experts in our industry. Be on the lookout for more of these articles as we interview more leaders to better equip you and your company. 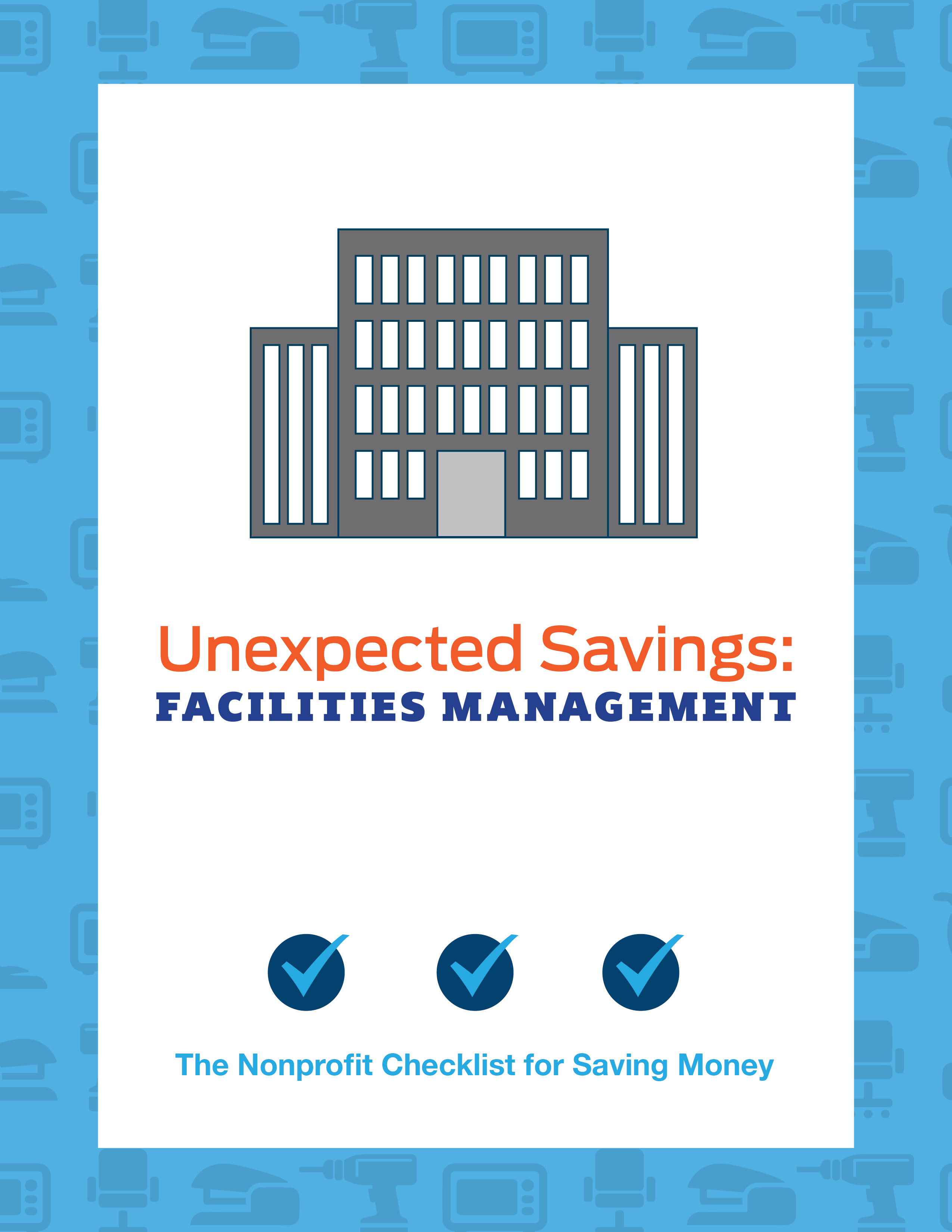